So, the stoma name can include all of these classifications: e.g.: 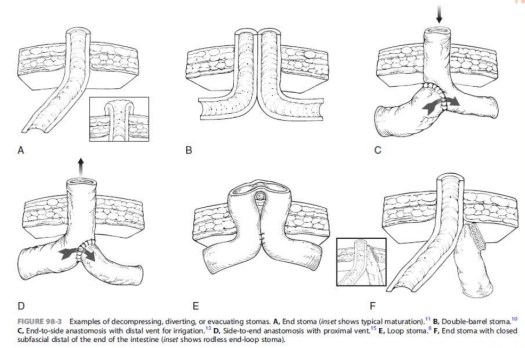 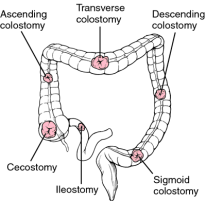 Side note: If the proximal opening in a double barrel stoma serves the point of a stoma (where food exists from), why don’t we close the distal opening? To release a distal obstruction, if you leave it closee -> you end up with a closed loop -> pressure increases due to mucus build up and gas fermentation from bacteria -> perforation. The other non-functioning end is called a mucous fistula

Side note: In cases of distal tumor causing obstruction -> do an emergency decompression stoma instead of doing an oncological resection of the tumor, why?

Where to put the stoma?

QUESTION: 2 fistulas, one is 2 cm, the other is 10 cm. Which fistula will heal faster?

The longer one is more likely to heal faster, why?